Bulbitech AS is proud to announce Michael Strupp, statutory Professor of Neurology and Clinical Neurophysiology, is joining Bulbitech’s clinical advisory board. 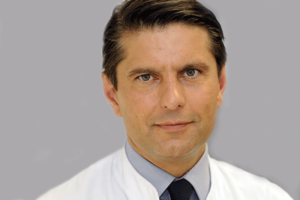 Bulbitech AS is proud to announce Michael Strupp, MD, FRCP, FAAN, FEAN, FANA, statutory Professor of Neurology and Clinical Neurophysiology, is joining Bulbitech’s clinical advisory board. After an initial meeting, demo and several follow-up meetings both parties became convinced that his role as a clinical advisor for neurological and neuro-ophthalmic guidance at Bulbitech AS is an excellent fit for both parties.

Michael Strupp is currently working at the Department of Neurology and the German Center for Vertigo and Balance Disorders at Ludwig-Maximilians-University Munich. His particular area of interest is the diagnosis and therapy of vestibular, ocular motor and cerebellar disorders. He has authored 442 pubmed listed papers (https://lnkd.in/eYayDtkd, h-index: 85) and 5 books, of which the latest is Strupp, Brandt, Dieterich: Vertigo and Dizziness: Common Complaints. SpringerNature, London, 2022. He is Joint Chief Editor of the Journal of Neurology and Editor of Frontiers in Neuro-otology. He has received many clinical and scientific awards, including the Hallpike-Nylen Award 2016, an Investigator Award by the European Academy of Neurology 2019, the Galenus-von-Pergamon Award 2020, and was awarded ‘Best Teacher’ by the German Neurological Society.

After several meetings it became clear that Michael Strupp is extremely knowledgeable and motivated to apply and implement AI-driven eye tracking in clinical neurology patient testing. Bulbitech AS is extremely honored he decided to join our team to support us improving our technology for neurological patients.